Extinction – A lesson from the dinosaurs 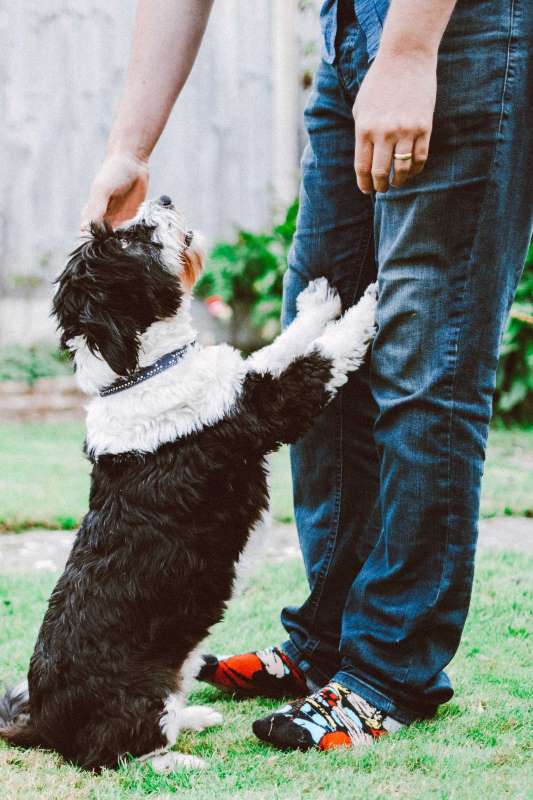 When can I stop rewarding her? Is a question I get asked in almost every group of classes I teach.

The simple answer is – Don’t!

When dogs are no longer being rewarded for doing something, then they just stop doing it.

You wouldn’t go to work if your paycheck is stopped now would you?

It does take time for this to happen.

Coming back to the paycheck analogy, you wouldn’t just not go into work the next day after not being paid. You would want answers!

You might get assurances that payment for your hard work is coming really soon. So you stick with it.

For some people that might be a few days before finding a new job, for others it may be 3 months of missed paychecks before they finally jump ship.

So just because you miss a payment (treat) in your dog training, it doesn’t mean that the dog will stop sitting when you ask.

The trick is to vary everything.

If you take your dogs behaviour for granted and never reward them for sitting again, they soon learn that it is not productive and find something else to do.

I recently stopped rewarding my puppy Rio for toileting outside, thinking that he was now old enough to know where to go. But over summer, with a blurred line of the patio door, inside and outside seemed to become a tad confusing.

Once or twice I caught him peeing less than a metre away from his toilet area, but in the house, (I guess he could still smell his toilet scent and thought it was ok).

I quickly learned to go back to basics. After two weeks of constant reward for outside peeing, I am now back to rewarding every second or third time. And I will continue to do so for as long as I can.

My theory is to always reward if possible.

If I reward Rio as much as possible for his recalls at the park, he comes back every single time. If I forget my rewards, he’s very forgiving, and still comes back!

Rewarding when I can means that I don’t have to when I’m cooking, or doing chores, or have my hands full. Because he will still do it.

So make sure that you mix the rewards up. Its not always going to be cheese, or chicken. Sometimes its kibble or verbals, and its still awesome!

Ignoring behaviour, or stopping the reinforcement, makes the behaviour pointless for the dog.

And if the reward is stopped, the behaviour stops. Eventually.

Rewards aren’t always what you think. Dogs can find many things rewarding that humans wouldn’t.

Some dogs find this fun would you believe!

Yelling for your dog to get off and flinging arms in the air when a dog is jumping up when greeting, can be so much fun for your dog. He thinks your joining in! It doesn’t matter that you’re cross.

Ignoring would be a better option.

By ignoring, the reward of yelling, movement, and excitement stops. Your dog gets no attention what so ever. Not even eye contact.

Waiting until the dog is calm before greeting him will teach him that jumping up is no longer the way to access the rewarding attention.

Now ignoring your dog when barking is all well and good. But he just doesn’t give up!

The longer you ignore, the longer he barks.

This is what is called an extinction burst.

Its the last ditch effort before giving up altogether.

Its the same for dogs. They try and try and try, and get nowhere for a while. Then they give it another go, hours, days, weeks, later, just to see if they will be rewarded again.

Its important at this stage to keep going with the training plan and provide no reinforcement.

Extinction bursts will become less frequent. But still may pop up from time to time.