Dog Physio – does my dog need it? 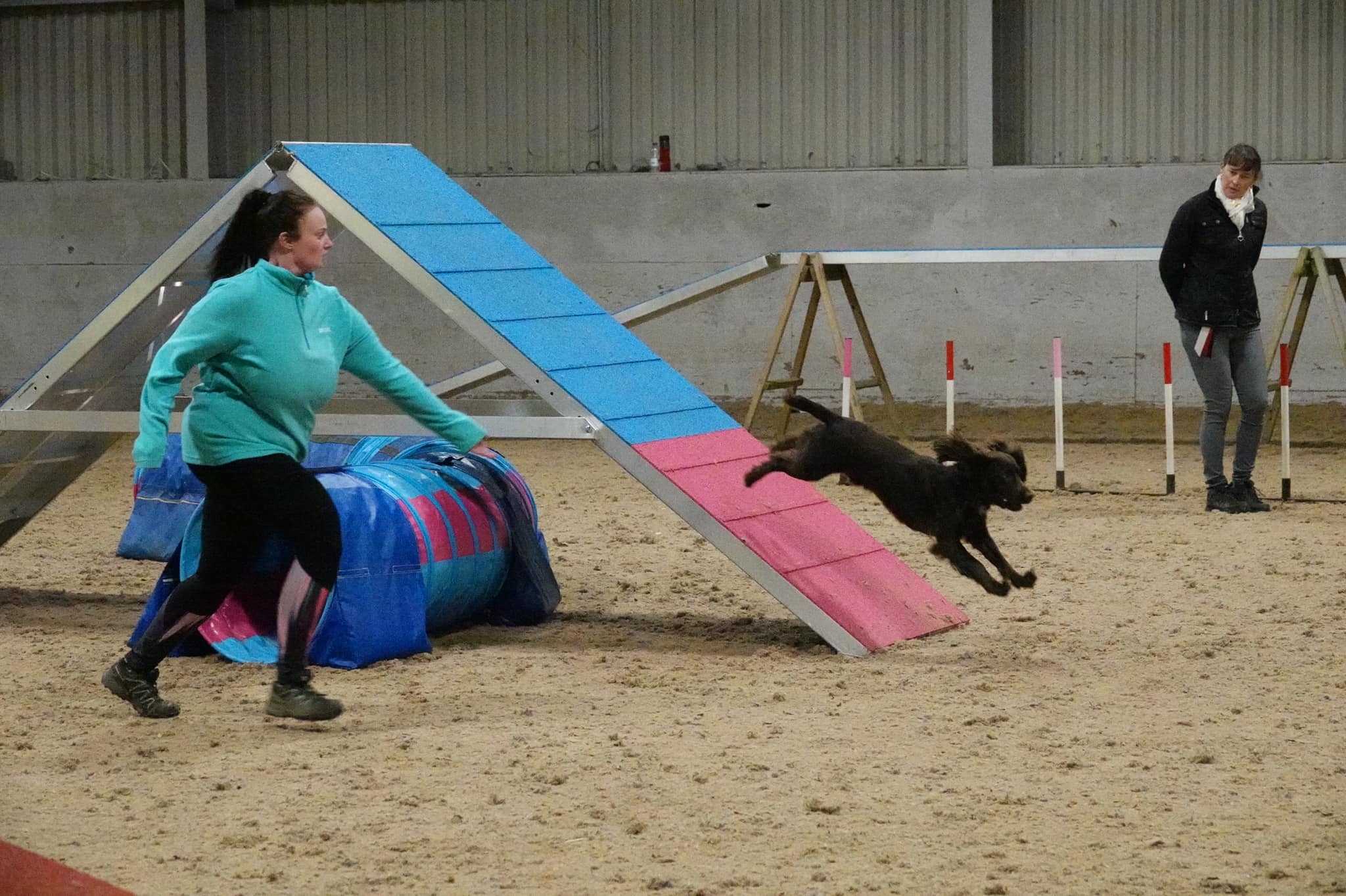 Up until recently, dog physio was just something Rio got every three months. He didn’t NEED it, but I wanted him to have it.

Scent work is a sport that dogs can do when they are physically unable to do others. Or when they don’t have the speed or confidence for other sports.

Agility on the other hand, does have its injury risk. All of the twisting, turning, and jumping, its inevitable sometimes.

So I wanted to make sure that Rio is in tip top condition. I want to know if he is carrying any little injuries.

Dogs rarely tell you that they are injured.

Unless it is really, really bad, most of the time the just carrying doing their thing. They are little troopers!

Now Rio is quite a dramatic dog. He has had dew claw injuries before, and been limping. If I almost step on a paw, he dramatically bounces out of the way. I think he can be a bit of a drama queen sometimes.

It started with him not wanting to go upstairs.

Quite understandable looking back. But that evening I came home from work, and he just did not want to go upstairs at bedtime. So I carried him and didn’t think much of it.

I shoved him out a little bit and encouraged him, after all, he would really need to pee by now. He squatted… strange. Then I noticed a little limp. Barely a limp at all really. But he was holding his rear left leg very very straight.

So off to the vet we went

The vet managed to get us in really quickly. She had a look. Felt all over his body then came to feel the knee and he growled at her. He told her he was in pain and not to touch it. That was definitely where the pain was! She said that she wouldn’t even have noticed it unless I had pointed it out. The vet told me it was swollen and gave some tablets to help heal it and take the pain away.

She didn’t seem overly concerned and seemed optimistic that we would be able to compete on the following Monday. Fabulous! I thought.

I watched him closely all week, looking for signs of improvement. The limp disappeared after about 4 days. But he still wasn’t right.

I knew that I wouldn’t be able to compete that Friday, or the Saturday. But Sunday came and I still didn’t think he was ready to run again. So Monday was a write off too. I was devastated. I was really, really looking forward to my first full-ish weekend of competing.

Never mind, We had another 2 weeks to rest and heal before the next competition.

A week before I decided to test him and see if he was healed. I put the jumps on small height (he jumps at medium). He knocked down two of the three poles. He never knocks down poles. I still wasn’t fully recovered.

So we missed another weekend of competing.

Its been 5 weeks now

For an injury the vet had said 5 days rest for. No training, no competing. Just short off lead walks. I can see that he is eager to get back to training. And he would absolutely do it if I asked him to. But I can still see him stumble from time to time. I can see him rethinking about jumping on to things. I know he is still not 100%.

So I called the dog physio

Who can possibly know more about my dogs body than the dog physio who has been seeing him for the last 18 months now?

I knew if I went back the vet it would be another £50. Another set of tablets. Or worse, an MRI (£2500!). Or they may not even have any more information and just tell me to rest him some more. After all, ‘he stumbles occasionally’ is not really a lot for a vet to go on!

So I sent Zoe from Fit Pet Physio a message, and she was happy to come and have a look. She worked her usual magic and found an small bit of swelling or water on his thigh muscle and gave it a massage.

Nothing to be hugely concerned about, but now I know what is going on with him, I can rest him. She also gave us some exercises to do at home, then will come back in a month to check on him.

A vet could not have spotted that

Don’t get me wrong, vets are great. But my vet wouldn’t have noticed the limp in the first place, so would no way have spotted his leg being turned out a little bit, or being kicked out when he sits.

Zoe spotted it because she knows him. She knows how he walks. She knows how his muscles should feel. It might not have been spotted at all if I didn’t have Zoe come and look at him prior to the injury. I honestly am so grateful to her right now for putting my mind at ease.

Yes – it is 100% worth having a dog physio if you participate in dog sports.

Dog physio’s are essential. Not only in spotting injury, but preventing too. Every time Zoe comes she tells me Rio’s chest muscles are tight. Not working on them could be problematic in future.

And I think next time we have an injury, vets first, then Zoe not long after!

We still possibly have a month of no training or competing. But I just want him to be back to being fully fit.

On a side note, Zoe has some amazing webinars on her website on canine fitness, and injuries and prevention. Do check them out.

Don’t forget to warm up your dogs prior to training!