How I found my passion for agility – Dog Trainer Diaries 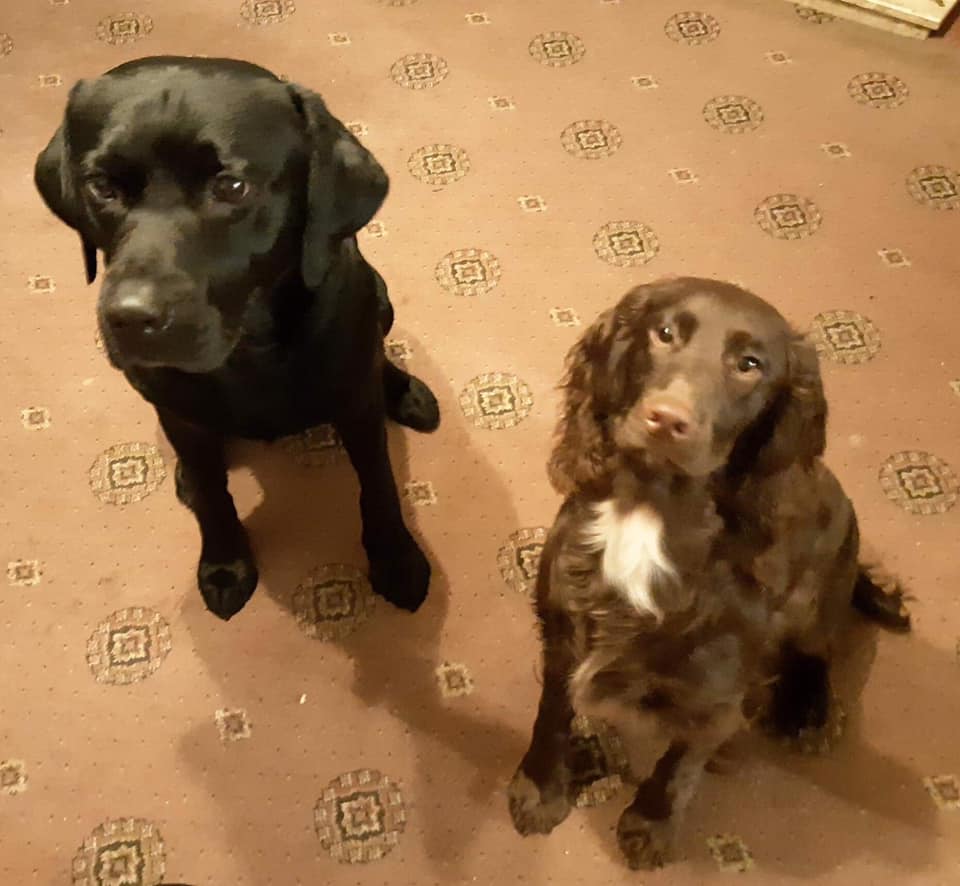 For me, getting into agility was quite a journey!

After my elderly Labrador and child hood best friend died, I began looking for another companion. After a long hard look I found George, the rescue Labrador.

By the time I found George (or George found me!), I was just beginning my dog training adventure and was only a few months into studying.

George came with a multitude of behaviour problems, but fairly quickly we got the basics underway.

Being a Labrador, and from a working gundog background, I decided to pursue gundog training. It seemed logical. Its what he was bred for!

I studied the ways of the gundog. I watch the videos, read the books. Tried to train George…. He did OK. But it didn’t spark his passion.

George was a nervous wreck outside of the house, and sometimes inside too.

I quickly had to accept that being a gundog was not his calling.

We moved on to competitive obedience.

He was better at this. He already knew the basics. We just had to get a little better.

I had fun. I enjoyed the training. I gained my certificate in Competitive Obedience Training. I became obsessed with watching obedience at Crufts.

And honestly, at this point, it annoyed me that there was so much agility in the main arena!

George though, he lacked desire. He did the work, he improved his training. He just wasn’t fast or flashy.

I quickly realised that George was not going to be a competition dog. He wouldn’t be the one that progressed through the training levels or won rosettes. He did things at his own pace and on his terms.

He taught me a hell of a lot!

We dabbled in scentwork

If you’ve every trained with me, you will know I LOVE scentwork.

I started training George around 4 years ago. Back when there wasn’t much information or training classes around. Scentwork was reserved for the police, military and boarder force.

It was a process I kinda had to figure out myself. This is where I really found George’s joy.

He loved it. He was determined. Dedicated. Would not give up until he found it! It really is George’s passion too. And the first time I ever saw George WANT to train again, and again, and again.

You can read more about our scentwork journey here.

After watching Crufts for several years, wishing that there was more obedience, scentwork, and gundogs in the main areana. I finally gave in and watched the agility.

And I was hooked.

Then came the descent into the black hole of obsession with all things agilty related.

I had been struggling with anxiety for a while. Unable to leave the house alone. So I really had nothing else to do that weekend other than watch the dogs fly around the ring.

I cheered when a dog became the fastest. I oooh’d when a bar was dropped. And I swore when a competitor was eliminated.

I saw how much fun both competitors and dogs were having.

It took me a few months to build up the courage to book a class. I eventually booked a 1-2-1 with a local trainer.

George, again was nervous in the training barn. Probably more nervous than me!

After a few weeks, George was becoming more confident.

He bonded a little with the instructor. He got excited about working for his ball. And the relationship between us improved ten fold.

It still played on my mind that George would never compete. I couldn’t put him through that.

But I was having so much fun. I needed the challenge. I needed an end goal to focus on.

The carnival of Rio

That’s when I got Rio!

Rio is just completely the opposite of George.

Everyday truly is a carnival of Rio.

We started training the foundations of agility since he was a puppy. Ever since, he has had a huge desire to train. There’s truly nothing he cannot do.

Both George and Rio have challenged me to become a better trainer. Be it over coming Georges issues, or Rio begging for faster and harder training.

Both dogs have their true passions, and things that light their fire inside. Its really a joy to see.

Having a dog who wants to train as badly as you do is one of the best things in life.

That’s not to say obedience or gundog work is bad. It’s just not for me, or George. With Rio also being from a working dog background, I occasionally wonder what he would have become if he had gone to a gundog home…

If you are thinking of starting a specific training discipline, I advise that you try a few, find what you really love. Then put your heart and soul into it!

Affiliate links may be used in this post. I may receive a small commission at no extra cost to you if you make a purchase through my affiliate link below.