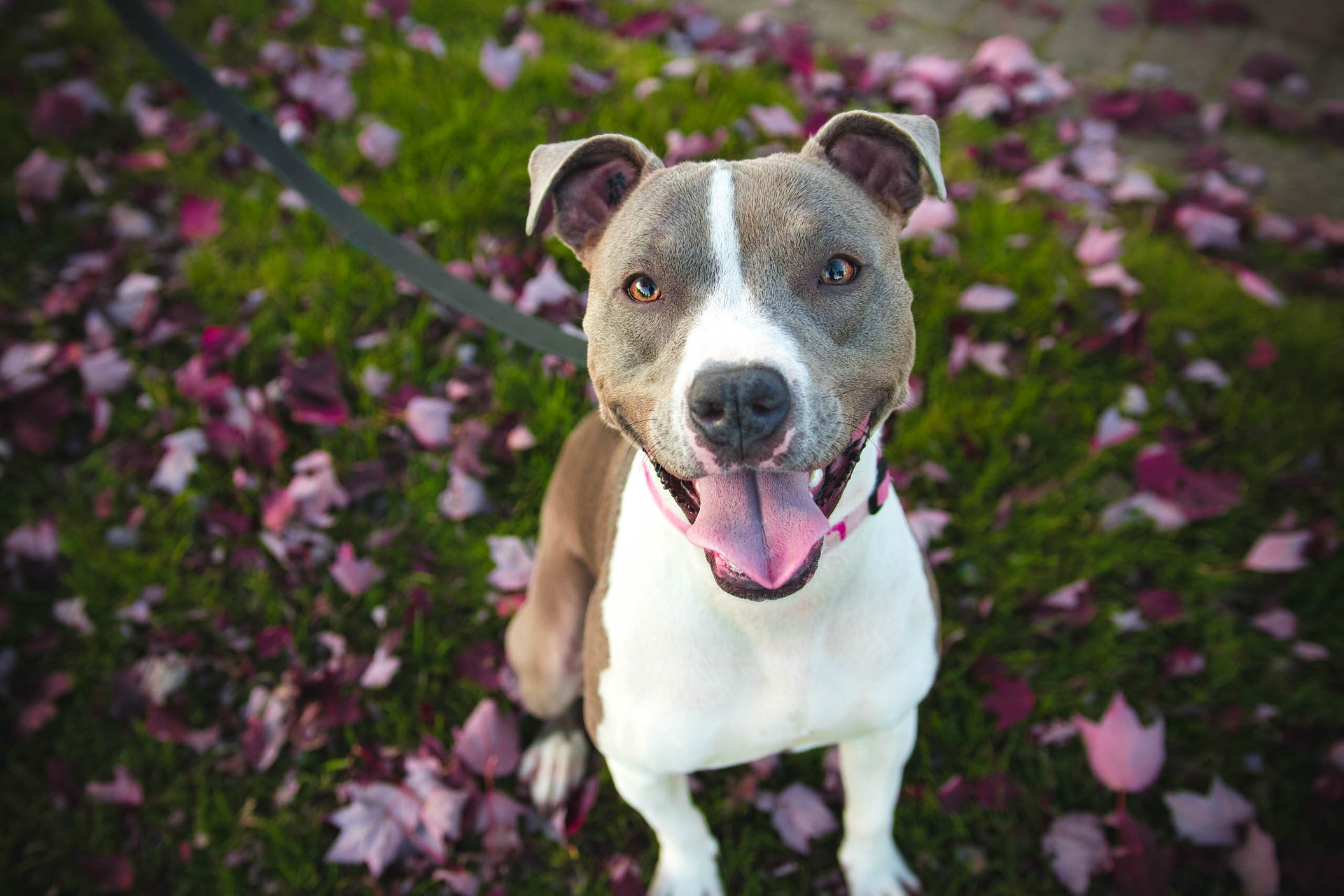 Today I’m going to delve into the dogs mind a little bit. To train dogs, we need to understand how the mind works and what makes them tick.  There are 4 quadrants involved in learning; positive reinforcement, negative reinforcement, positive punishment and negative punishment.  Each of these quadrants ends with a consequence that can make the behaviour more or less likely. 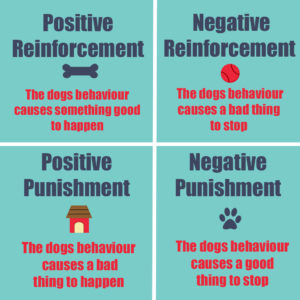 Positive reinforcement is the most commonly used method, probably because it’s the easiest to use!  It rewards a dog for performing the correct action.  Super simple! The dog sits when you ask him, you give a reward, and he’s more likely to sit next time you ask because he received a yummy treat last time.  You’re happy, he’s happy.

The use of reward during training sessions builds confidence in the dog, releasing dopamine in the brain, and enhancing learning and memory capability.  This keeps the dog motivated, interested in learning and it works in humans too! 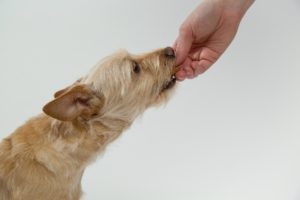 Negative reinforcement means that something bad or unpleasant is taken away.  This is the method often accidentally used to reinforce bad habits, like barking at the postman, or other dogs.  Or deliberately used when teaching something like ‘sit’.  By applying pressure to the dogs rear and releasing it only when he sits.

This method often creates a stressful training environment.  One in which dogs cannot learn.  Could you study the times table whilst getting a filling from the dentist?  Or write an essay while on a building site?  I couldn’t.

Positive punishment is when the dogs behaviour causes something bad to happen.  Like scolding your dog for jumping up at you with muddy paws, or for stealing the TV remote (George loves to do this!), or a leash jerk to stop pulling.  Positive punishment often occurs after the dog has already been rewarded for being naughty.

If your dog jumps at counters to steal a chicken, scolding him or worse will have little to no effect.  The yummy chicken reward he just received far outweighs being yelled at.  Jerking a leash to stop pulling isn’t teaching a dog how to walk properly. It’s only teaching what you don’t want.

In training, this may be adding a punishment if the dog does not do as he is told.  BUT! This is often not the dogs fault.  He’s not obeying the command because he doesn’t understand what is being asked, not to spite you.  Here’s a reminder of my favourite motto ‘CORRECT THE TRAINING, NOT THE DOG! 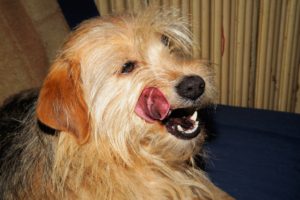 Lip licking is a sign of stress in dogs

Negative punishment causes the good things to stop.  Stopping play when a puppy is biting, or confinement after being naughty are examples.  These methods are useful ways to stop unwanted naughty behaviour.

So which is the best method to train a dog?

By understanding how dogs learn, we can recognize the motivations behind the behaviour, and begin to adjust our training methods for a more effective outcome.  Positive reinforcement is definitely the best way to teach your dog new tricks or sharpen the old ones.

Negative reinforcement and positive punishment when dog training, doesn’t train the dog to learn anything new, only creates a negative environment, reduces your dog’s confidence and decreases the bond between dog and handler.

Naughty dogs may be learning through the negative reinforcement or positive punishment.  Ask yourself, what is the motivation? What is the reward?  When you figure that out you can work on changing the behaviour.

Why use punishments or negativity when you can train a dog to do amazing things using positive reinforcement?